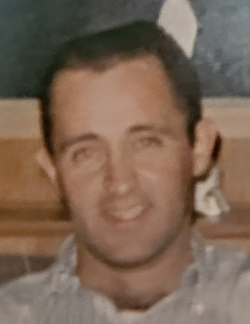 Francis Timothy Robinson, long-time resident of Springhill, passed away peacefully with family by his side on September 5th at the All Saint's Hospital in Springhill.

Born in 1936 in Ingonish, Nova Scotia, Fran worked in the off-shore fishing industry before relocating to Springhill in the early 1970s. Fran and his wife Lynn continued to spend summers at their cottage in Cape Breton until shortly before her passing in 2020. Fran was well-known for his dart playing and collecting of sports memorabilia, and he loved spending time with his friends, family, and his dogs.

He was predeceased by his parents Pearl and Timothy, and siblings, Frank (in infancy), Freda, Julia, John, Millie, and Leo.

Arrangements are under the care and supervision of A. H. Brown Funeral Home, 5 McFarlane St, Springhill (902-597-2361). A family gathering will be held in lieu of a funeral service at his request.

Donations in Fran's memory may be made to the Canadian Cancer Society.