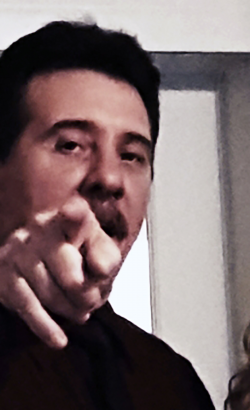 It is with deep sadness we announce the passing of Kent Noiles, 58 years, of West Pugwash on Tuesday, July 5, 2022 at the Cumberland Regional Health Care Centre, Upper Nappan, NS.

Born in Windsor, he was a son of Lois (Bradbury) Noiles, Springhill, and the late Carmen R. Noiles.

Kent was a giant teddy bear with endless love to give.  He adored his wife Monica, and his entire family.  He enjoyed time on his farm, and was very much looking forward to seeing it grow after his recent retirement.  He often spent time out on walks with his dogs which he adored.  Kent was a bass and piano player, and practiced and played for hours and hours with his fellow musicians.  Kent retired in January from Corrections Canada in Springhill after 27 years.  He loved his job and the many co-workers, each of which he considered his close friend.

In addition to his mother, he is survived by his wife Monica Rector of West Pugwash; step-daughter  Shaunesty Rector, Springhill; her beautiful twin girls Rori and Ari who he was so looking forward to see grow up; sister Jan (Jeremy) Venus, Springhill; her daughter Sonya Jewkes (Marshall Lane), Lower Sackville; his brother Paul (Patsy Mills).

Arrangements are under the care and direction of the A H Brown Funeral Home, 5 McFarlane Street, Springhill where an Evening of Remembrance will be held on Tuesday, July 12, 2022 from 6 to 8 pm with live music shared at 6:30 and special words and memories shared at 7 pm.

Donations in memory of Kent may be made to LA Animal Shelter, or the charity of your choice.

Sharing of memories and condolences may be sent to Kent's family by visiting the online memorial at www.brownsfuneralhome.com or through the A H Brown Funeral Home Facebook Page.