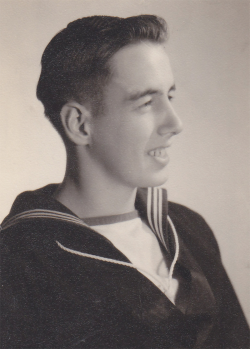 It is with deep sadness we announce the passing of Raymond Douglas Lees, age 87, of Springhill, NS.  Raymond passed away at the Cumberland Regional Health Care Centre on Friday, June 24, 2022.

Born in Rodney, NS, he was a son of the late Joseph and Grace (Smith) Lees.

Raymond served in Korea from August 1954 to March 1955 on HMCS Huron.  He worked for almost 30 years with Correction Canada, retiring as Supervisor.  A nature lover, he enjoyed hunting and fishing.   In his younger years he played with the Snowbirds Hockey Team.  Raymond was involved in many groups around town, the Royal Canadian Legion, Minor Hockey, the Springhill Centennial Golf Course.

In addition to his parents, he was predeceased by a daughter Joanne Ross, brothers Joseph and Art and special cousin Laurie Atkinson.

Those wishing to make a donation may do so to the charity of your choice.

Sharing of memories and condolences may be sent to the family by visiting the online memorial at www.brownsfuneralhome.com or through the A H Brown Funeral Home Facebook Page.