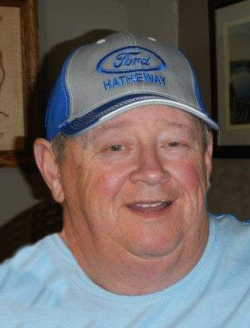 It is with deep sadness and broken hearts we announce the sudden passing of Gary Lee Harrison "Papa Joe", age 76 of Springhill NS. Joe passed away with his family by his side in the Intensive Care Unit at the Cumberland Regional Health Care Facility.

Born in Springhill, Joe was a son of the late Carl Chapman and Daisy Corkin.

He lived a great life and often spoke about his coaching days when his teams, both Bantam and Midget took the Provincial Championship titles home, which was something he always spoke so proudly about. He spent countless hours in his later years in arenas all over watching his sons and grandsons play hockey as well.

Joe served a few years in the Navy at a young age until he received the news of becoming a father for the first time. At this time, he left the navy and had numerous jobs to make ends meet and support his family. He finally found his calling when he was employed by the Chignecto Regional School Board driving bus until he retired in 2020. Joe’s door was always open to anyone in need and would put his family first before anything. He thoroughly enjoyed having Thanksgiving dinners at the camp and loved the outdoors. You would often see him driving around town on patrol "SLOWLY" while drinking his Tim Hortons coffee. These past few summers he spent in Five Islands with his lifelong friends, Don Goode, Jerry Rolfe and Tommy Barton who have helped him tremendously since losing his loving wife in May 2020.

Joe will be sadly missed and never forgotten by his daughter Joanne (Kevin Sears), his son Danny (Mary Vickery), his son Jerry (Shannon) and his eight grandchildren. He will also be missed by his sister Dorothy Meagher (Keith), step brothers; Gary Chapman, David Chapman and Carl Chapman (JR), sister in law Beverly White (Gerald) and several nieces and nephews.

Besides his parents, he was pre-deceased by his loving wife of 54 years, Rosemary and his sister Gerene Roode.

We cannot thank the Health Care team nurses enough for their continuing care and a special thanks to Dr. McBeath for her professionalism, comfort, knowledge and support during this difficult time.

Arrangements are under the care and guidance of A.H. Browns Funeral Home, 5 McFarlane Street, Springhill NS (902-597-2361). In keeping with Joe’s wishes, cremation has taken place and there will be a private family burial service held at a later date.

Donations in memory of Gary may be made to The Canadian Diabetes Association.