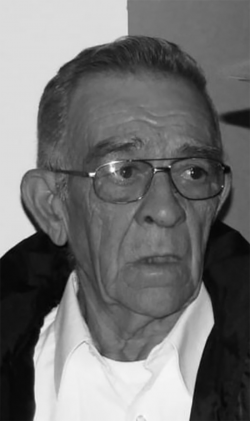 It is with deep sadness we announce the passing of Kenneth "Kenny" Daniel Rogers, age 78, of Springhill, NS.  Kenny passed away on Friday, June 17, 2022 at the Cumberland Regional Health Care Centre.

Born in Saint John, NB, he was a son of the late Leonard Rogers.

Kenny loved to help kids.  He coached wrestling at the Springhill High School for several years.  He worked many jobs over the years, a diamond driller, a carpenter, and all 'round handy man.  He was a great husband, father, step-father, and grandfather.  Kenny always kept busy, right until the end.  He loved time in the woods.

He was predeceased by his son Danny and sister Kathleen (David) Campbell.

Arrangements are under the care and guidance of A.H. Brown Funeral Home, 5 McFarlane Street, Springhill, NS (902-597-2361).  Cremation has taken place.  There is no funeral service at this time.

Donations in memory of Kenny may be made to the charity of your choice.

Sharing of memories and condolence may be sent to the family by visiting the online memorial at www.brownsfuneralhome.com or through the A.H. Brown Funeral Home Facebook Page.