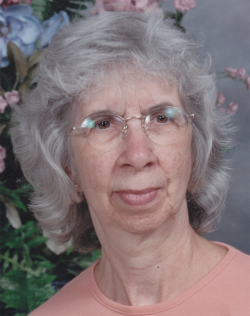 It is with sadness we announce the passing of Josephine F. Gillis, 87 years, on Saturday, April 16, 2022 at High Crest Nursing Home, Springhill.

Born in Springhill, she was the daughter of the late Ronald and Gertrude (Bourgeois) Gillis.

After High School she attended St. Charles Commercial School, Amherst. She went on to work at the pay office of the Dominion Coal Co. and H. S. Terris Insurance before joining Correctional Services Canada where she worked in administration for 51 years, receiving many long term awards. Her co-workers were like family.

Josie was a very quiet, caring, dedicated and compassionate person and her Catholic faith was an important part of her life. Although an only child, she grew up with her cousins Keith and Jack Bourgeois who were like brothers.

She is survived by close cousin Jack (Mary Lou) Bourgeois and many other cousins.

Besides her parents, she was predeceased by special friend, Rae Best, and special cousin, Keith Bourgeois.

Arrangements are under the care and guidance of the A H Brown Funeral Home, 5 McFarlane St., Springhill, NS (902-597-2361). Funeral Mass for Josie will be celebrated from the St. John the Baptist Roman Catholic Church, Springhill, on Saturday, May 21, 2022 at 11:00 am. Burial will follow in the North Street Roman Catholic Cemetery.

Donations in memory of Josie may be made to the charity of your choice.

Sharing of memories and condolences may be sent to the family by visiting Josie's online memorial at www.brownsfuneralhome.com or through the A. H. Brown Funeral Home Facebook Page.