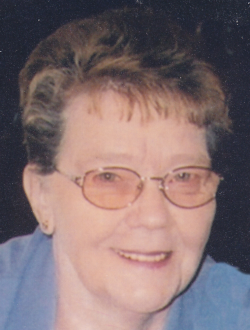 We are deeply saddened to announce the sudden passing of our cherished mother, grandmother and great-grandmother, Christena Pearl (Henwood, Carter) Summers, 92, at the Cumberland Regional Health Care Centre, Amherst, on Tuesday, March 22, 2022, surrounded by the love of her family in person and thoughts.

Christena was the daughter of the late Thomas and Ethel (Graham) Henwood, born January 22, 1930 in Springhill Junction.

She is survived by her children, Marlene Anderson, Oxford and Brian (Cathy) Carter, Cole Harbour; grandchildren, Karina (Michael) Gagnon, Amherst, Craig (Dayna) Anderson, Eastern Passage, Matthew (Heidi) Carter, Lawrencetown, Halifax Co., Geoffrey (Juli) Carter, Kentville.  She was so very happy to tell everyone she was the proud Nanny to nine great grandchildren, Braedon and Julia Gagnon, Evan and Nathan Anderson, Garritt, Maverick and Landyn Carter, Zoe and Callie Carter. Doting Aunt to many loving nieces and nephews who never failed to receive a birthday card every year, and lots of "opinionated" sound advice.  They reciprocated with much love, phone calls and visits from near and far up until the day before her passing. She is also survived by her sister, Olive Holland, Maple Ridge, BC.

Mom began working at the ripe old age of 14 at Jimmy Demetre's, hired on the spot, not knowing how to make change, but she was determined, as she was with everything in life, and worked there until after she was married in 1949.  Before that she worked on the family farm in Clairmont with brother Harold, before and after school.

When Marlene and Brian were young the door was always open to friends, with something delicious waiting for a treat after school.  To this day when we run into old friends the first question is, "How is your Mom?".

For many years Chris was the leader of the Explorers at St. Andrews-Wesley United Church, Springhill, organizing skating parties, sleigh rides and many fun times.  She was a long time member of the U.C.W.

In 1972 Chris moved to Dartmouth to be close for the birth of her first grandchild and stayed for 32 years, making many friends including her dear friend Virginia Dunn, Bridgewater and Art and Eileen Smith, Dartmouth.

In 1994 she met and married the love of her life, Ken Summers and they shared 17 wonderful years together.  They enjoyed playing cribbage, card partys, bowling, day trips and her family and friends.

Arrangements have been placed under the care and direction of A. H. Brown Funeral Home, 5 McFarlane Street, Springhill, (902 597 2361).  A visitation celebrating the lives of Christena Summers and her sister Muriel Brine will be held from St. Andrew's Wesley United Church, Springhill, on Saturday, June 25, 202, from 1:00  to 2:00 pm followed immediately at 2:00 pm by their Funeral Service with K. Ruth Gamble, DLM, officiating, followed by internment in the Hillside Cemetery.

If so desired, donations in Chris' memory may be made to St. Andrews Wesley United Church, Springhill or charity of choice.

Sharing of memories and condolences may be sent to the family by visiting Chris' online memorial at www.brownsfuneralhome.com or through the A H Brown Funeral Home Facebook Page.