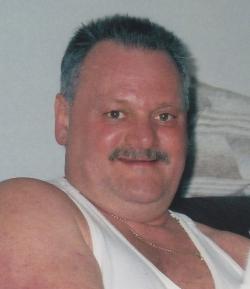 It is with profound sadness we announce the passing of our beloved Gary James Noiles, aka "Bart" or "Gig", 65 years, at his home unexpectedly on Saturday, July 10, 2021. Born in Springhill, he was a son of the late Richard "Dick" and Mary E. (Gogan) Noiles.

Over his life time, Bart enjoyed the camps, hunting, four wheeling, snowmobiling and most of all spending quality time with his baby girl Anderson. Gary will be dearly missed by his children, Gaylene (Tony) Tower, Moncton, NB; Travis (Angela) Porter-Ross, Springhill and Anderson Noiles at home; very special niece, Jade-Colleen (Mike) Ford, Dieppe, NB; siblings, brother, Richard Jr. (Barbara) of Springhill and Cheryl (John-Charles) of Amherst and his sister, Brenda Lynn Noiles of Springhill, along with grandchildren and several great nieces and nephews.

He was predeceased by his older sister Colleen and a niece Melissa.

Arrangements are under the direction of A H Brown Funeral Home, 5 McFarlane Street, Springhill, (902 597 2361). Cremation has taken place. A visitation will be held at the Funeral Home on Tuesday, July 20, 2021 from 1:00 - 2:00 pm followed immediately by the Funeral Service at 2:00 pm with Pastor Scott Balser officiating. Seating is limited and pre-registration is required, call or email the funeral home to do so. Burial following in the Hillside Cemetery, Springhill.

Donations in memory of Gary may be made to a charity of choice.

Condolences may be sent to the family by visiting Gary's online memorial at www.brownsfuneralhome.com or through the A H Brown Funeral home Facebook page.