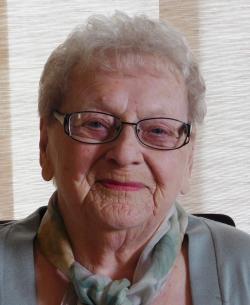 It is with deep sadness we announce the passing of our beloved mother, Betty Ann Amon, in her 85th year. She passed peacefully Feb 18th surrounded by her loved ones at University Hospital in London Ontario.

Born in River Hebert NS but later moved to Springhill NS with her family, she is the daughter of the late Russell and Elaine (Harrison) Purdy.

Betty left Springhill in the late 1950s returning in 1969 with four kids. She went back to school in Cape Breton to get a degree in Cooking and French pastry. Betty Ann will be remembered as a talented cook serving many people over her lifetime in Springhill. She is most proud of the years she spent working at the vocational school in Springhill making sure no one went hungry. She even did a dinner for the PC party once even though she was a Liberal but money was money she would say. She also could be found at a bingo hall or two or three as she was a professional player and loved the game. She also loved camping at Five Islands and Heathers Beach, dancing to anything from a mean polka to a jive on the dance floor. She loved a good downhome kitchen party and yes she would cook for all who entertained.

A private interment at Hillside Cemetery, Springhill, NS will take place at a later date.