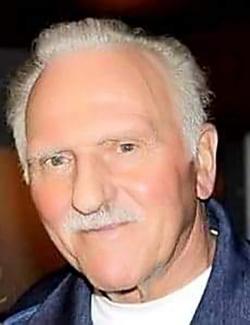 It is with profound sadness that we announce the passing of Eugene Lawrence "Farmer" White, 86, on January 6, 2021 at All Saints Hospital, Springhill, with his family by his side.

Eugene was born in Springhill, on November 20, 1934, to the late Harvey and Rita (Clyborne) White. The family later moved to Pugwash where Eugene lived until he was 15. He would return to Springhill, living with his "Gramma White", in what would later become the family home.

In his High School years Eugene excelled in many sports, but his passion was the game of baseball. He played both locally and abroad and was part of many Provincial and Maritime Championship Baseball Teams. It was during this time that he also attracted the attention of baseball scouts from the U. S. which resulted in a professional career in both the Milwaukee Braves and the Cincinnati Reds farm systems.

Eugene would eventually return to Canada, where he began his working career with the Iron Ore Company of Canada in Shefferville, Quebec. Later he would move back to Springhill where he worked for the Correctional Service of Canada for 30 plus years. During this time, he would meet our mother, Beverly Jane Brown, the girl from the Mountain Road. They married on November 25, 1961 and eventually settled in the homestead on Pleasant Street and raised two children. Darrell and Dana.

After his working career Eugene spent many happy summers with family and friends at the cottage, at Mitchell Island Drive. Special mention of the 4:00 pm social hour, which was enjoyed by all, particularly the special banter between Pa and Don.

Besides his parents Eugene was predeceased by his wife the former Beverly Brown; his sister, Julia (White) Ross-Bennett; brothers, Ivan "Sonny" (Marg), and Kenneth (Joan).

Arrangements are under the care and direction of A H Brown Funeral Home, 5 McFarlane Street, Springhill, (902 597 2361). Currently there is no service planned. There will be a Graveside Funeral Service at a later date.

In lieu of flowers, donations may be made to the Kidney or Cancer Societies, in memory of Eugene.

The family wishes to thank staff of the Cumberland Regional Health Care Centre Medical Unit, and staff of All Saints Springhill Hospital 2nd floor, for their kind and loving care towards Papa over the past month.

Sharing of memories and condolences may be sent to the family by visiting Eugene's online memorial at www.brownsfuneralhome.com or through the A H Brown Funeral Home Facebook Page.

Click here to View Condolences
Visitation
No visitation or funeral at this time.
Burial Date
At a later date
Requested Charity
Kidney or Cancer Societies