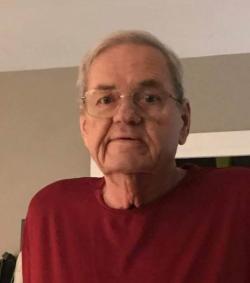 It is with profound sadness that we announce the death of George (Poe) Kent Beaton, 78, of Springhill who passed peacefully on Sunday Nov 1st 2020.

Born and raised in the town of Springhill, Poe (as he was lovingly called by his friends and family), served for two years in the Air Force as an MP from 1963 to 1965, when he was honorably discharged to start his service with the Canadian Penitentiary. After decades of service in the Springhill Penn, he retired and then moved to his second home at Sutherlands Lake where he lived till the passing of his beloved wife Margaret (Arseneau). George was an avid sportsman playing baseball for the Fencebusters in his prime and hockey well into his middle ages . As an immense fan of sports, he could recite any stat for any player in hockey or baseball, ask Poe and he would know! He could be found around Springhill in his earlier days playing cards or Darts at the Legion or at a friend's house, or fishing at The Lake. He was beloved by his children and grandchildren, helping them whenever he could however he could.

He will be sorely missed by his children Kellyanne (Scott) Snailham, Barbara (Robert Brown) Beaton and Daniel (Selena Wang) Beaton, his Sister Marilyn (Gill) Gallant, grandchildren, Bryony, Samuel and Richard; great grandchildren Rosalind and Tobias and many nieces and nephews.

He was predeceased by his parents George and Genivieve (Gullens) Beaton, wife Margaret (Arseneau) and his brothers Daniel (Danny Boy) and David (Devil) Beaton.

At his request there will be no service. In lieu of flowers please donate to the Canadian Cancer Society in your own name. Please take a moment to think about him the next time the Yankees beat your team.

Sharing of memories and condolences may be sent to the family by visiting Poe's online memorial at www.brownsfuneralhome.com.