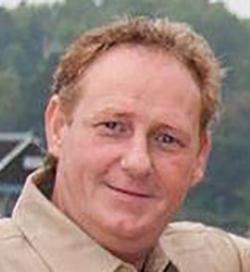 It is with great sadness we announce the passing of Paul G. Laurie, age 58, of Springhill. Paul passed away peacefully at home on Tuesday, September 29, 2020 after a 4 1/2 year battle with cancer.

Born in Springhill, he was a son of the late Douglas and Elaine (O'Rourke) Laurie.

Paul worked most of his life in the construction business out west. He enjoyed his family and spending time at the family camp. In his last several months he spent most of his time at the cottage in Five Islands. Paul would often say it was heaven on earth.

Besides his parents, Paul was predeceased by his brothers, Peter and Douglas Jr. as well as his special Aunt Virginia O'Rourke (Aguiar), Boston, Mass.

Arrangements are under the direction and care of A H Brown Funeral Home, 5 McFarlane St., Springhill, (902 597 2361). An Afternoon of Remembrance in celebration of Paul's life will be held on Saturday, October 17, 2020 at the A H Brown Funeral Home from 2 to 4 pm. In keeping with COVID-19 restrictions, masks and social distancing are required while in the funeral home.

Should friends desire, memorial contributions may be made to the Cancer Society or charity of choice.

The family would like to thank the following people, Aunt Dawn Perino, Aunt Mary Lynn Cahill, Aunt Sharon Fisher and Uncle Dennis O'Rourke for their prayers and support for Paul in his final days. Your kindness will be remembered forever.

Sharing of memories and condolences may be sent to the family by visiting Paul's memorial at www.brownsfuneralhome.com or through the A H Brown Funeral Home Facebook page.