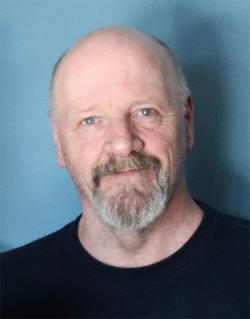 It is with sad and heavy hearts that we announce the passing of Fred James Bowes. He passed away at home on June 23, 2020 following a long battle with cancer. His wife, three children, and his grandson were with him until the very end.

Fred was born in Sackville, NB on April 16, 1954 and lived the first 12 years of his life on his family’s farm in Dorchester, NB. At the age of 12 or 13, Fred’s family moved to Springhill, NS where they lived on Mechanic Street. Fred attended the Springhill Junior and Senior High Schools. Fred and his twin brother Frank lived in Ontario for a short time before returning to Nova Scotia. Fred worked for several years at the Enamel and Heating Plant (IMP) in Amherst. On February 23, 1980, Fred married Susan (Nicholson) and they had four children. After the birth of their second daughter, Fred left the work force and spent the next 15 years as the stay-at-home parent. Fred was a loving husband and father. Everything he did in his life was for his children and family. When he returned to the work force, Fred worked with several companies and businesses around Cumberland County, ending his career at Walmart in Amherst. Fred and Susan lived and raised their family in their cozy home on McGee Street, Springhill.

Fred was the youngest son of the late Arnold and Myra (Spidle) Bowes of Halifax. Besides his parents, he was predeceased by his infant daughter, Christene Rose-Anne; brothers Harry, Alonzo, Vernon, and Carl; sisters Dorothy, Marion, Ruth; and his best friend Glen Terris.

Fred Bowes was a proud member of the AA group, maintaining his sobriety for over 20 years. He was forever grateful for the love and support received by friends and acquaintances in his AA family – you all know who you are.

Arrangements have been entrusted to A H Brown Funeral Home, 5 McFarlane St., Springhill, NS (902-597-2361). Cremation has taken place and there will be a family internment service officiated by Rev. Glenn Eason in the Hillside Cemetery at a later date.

The family would like to express their appreciation to Dr. Mark Savoie, Dr. Mark McDonald, and Dr. Ali Benjellown of the George Dumont Hospital in Moncton for their excellent work over the past several years trying to heal Fred and prolong his life. We would also like to thank the doctors, nurses, and staff of the Amherst Hospital for the care and compassion shown to Fred over the past few weeks, especially Dr. K. Short and Amy Thurston of the Palliative Care Unit. We will never forget the nurses and staff of VON. Their assistance and expertise were so important to Fred.

Fred’s sense of humour, generosity, and determination will live on in the hearts of everyone he knew, and will be missed by many.

Sharing of memories and condolences may be sent to the family by visiting Fred's online memorial at www.brownsfuneralhome.com or through the A H Brown Funeral Home Facebook Page.