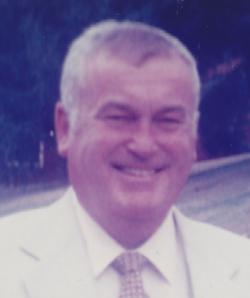 It is with deep sadness we announce the passing of William Roy "Bill" Campbell, 69 years, of Springhill, on Friday, October 11, 2019 in All Saints Hospital, Springhill.

Born in Springhill, he was a son of the late Douglas W. and Evelyn M. (Eaton) Campbell.

He was an educater and spent most of his career at the Springhill Jr. & Sr. Highschool. Bill enjoyed all sports as a player, a coach, a parent and now as a grandparent. He loved his summers at the cottage in Northport, In his youth he was very involved in Militia, spending many summers at Camp Aldershot.

Besides his parents, he was predeceased by his nephew, Timothy Trueman.

Arrangements are under the care and direction of A H Brown Funeral Home, 5 McFarlane Street, Springhill, (902 597 2361). The family will receive visitors on Tuesday, October 15, 2019 from 1-2 p.m. with a memorial service to follow at 2 p.m. Burial will take place in the Windham Hill Cemetery at a later date.

Should friends desire, memorial contributions may be made to St. Andrews Wesley United Church, The Windham Hill Cemetery or to the charity of your choice.

Sharing of memories and condolences may be sent to the family by visiting Bill's online memorial at www.brownsfuneralhome.com or through the A H Brown Funeral Home Facebook Page.