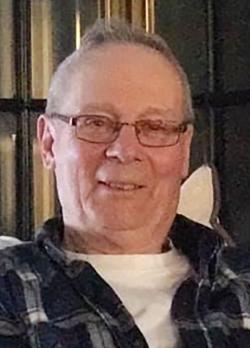 It is with great sadness we announce the passing of Robert "Bob" Patrick Logan Farrell, age 78, of Springhill, Nova Scotia. Bob passed away peacefully after a three-year battle with cancer at the Cumberland Regional Health Care Centre on Thursday, October 10, 2019.

Born in Springhill, Nova Scotia, he was the son of the late George and Elsie (Rushton) Farrell.

Bob was a family man, always happy when family was around. He could always be found smiling and at his happiest when spending time with his grandchildren. He was an avid hunter, always looking forward to time in the woods, and he loved to fish. Bob loved music and playing guitar and the harmonica. Bob and Carol loved to go dancing. They were unbelievable on the dance floor,  especially when doing the jive.

He was predeceased by an infant daughter, Crystal Ann; brother Herbert (Rhea) and sister Betty Hibberts.

Arrangements have been entrusted to A H Brown Funeral Home, 5 McFarlane St., Springhill, NS (902-597-2361). A graveside service will be held in the Hillside Cemetery, Springhill, on Sunday, October 13, 2019 at 1 pm, Rev. Wayne McCarther officiating.

Those wishing to make a donation in Bob’s memory may do so to the Canadian Cancer Society or the charity of your choice.

Sharing of memories and condolences may be sent to the family by visiting Bob’s online memorial at www.brownsfuneralhome.com or through the A H Brown Funeral Home Facebook Page.