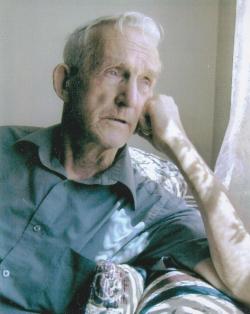 John Melvin "Jack" Boyce, 84 years of age, of Springhill, passed away peacefully on Saturday, September 21, 2019 at the Cumberland Regional Health Care Centre.  Born in Springhill, he was the son of the late Harold & Catherine (Harroun) Boyce.

Jack served in the Canadian army for 15 years and had lots of stories to share.  He also worked as a coal miner for many years.  He loved the camaraderie of both jobs.  He loved a good game of cards, sipping on a cup of coffee, with the spoon in the cup.  Jack loved his wife Eleanor and dedicated his life to caring for her.  He taught us what marriage and family should be.  Jack always enjoyed spending time and spoiling his kids.  He carried this tradition on with his grandchildren and their families and had the privilege of continuing this with his great grandchildren.  He also loved spending time with his brothers and sisters and their families.

Besides his parents, he was predeceased by his wife the former Eleanor White; sisters, Diana, Helen, Joyce, Patsy  and an infant sister, Nancy.

Arrangements have been entrusted to A H Brown Funeral Service, 5 McFarlane Street, Springhill, (902 597-2361) where visitation will be held on Thursday, September 26 from 2-4 & 6-8 p.m. Funeral service will be held from the funeral home on Friday, September 27, 2019 a 2 p.m., with a live feed on the website.  Burial in Hillside Cemetery, Springhill.

Donations in Jack’s memory may be made to the Lung Association or to the charity of your choice.

Sharing of memories and condolences may be sent to the family by visiting Jack’s online memorial at www.brownsfuneralhome.com or through the A H Brown Funeral Home Facebook Page.