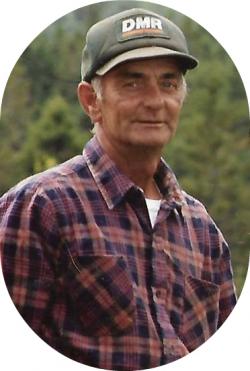 It is with great sadness that we announce the passing of Percy Keith "Pop" Boss Jr of Springhill, NS on September 21st at the age of 76.

Pop was a hard and dedicated worker; he loved being outdoors and that was where you would always find him, until it was time for a cup of tea.

A welder by trade, Pop enjoyed his tinkering and was the neighborhood handyman who could fix anything with anything; he loved passing these skills on to his son in law Derrick.

From an early age he fell in love with the outdoors and was an avid hunter, trapper, and fisherman. His favorite time was spent with his granddaughter and best bud Chrissy, who he called his "Boog" from the day she was born. He passed on to her his love of nature, teaching her all he knew about wildlife.

He enjoyed playing guitar and listening to his "old timey" country music, which the neighbors got to enjoy as well. He had many stories and would share them with anyone who would listen.

But most of all, Pop loved his wife Jane. For fifty-six years they lived a simple life full of good times and bad, but they always made the most of every day, taking care of each other with the help of their daughter Marlene who Pop trusted above all others and the two of them shared a very special unspoken bond.

The family would like to extend the utmost gratitude to the staff of Continuing Care, especially Rhonda, whose support made it possible for Pop to stay at home with Jane until the end. Also a thank you to the staff at VON and CRHCC with a special thanks to nurses Emily and Jeff for their compassion and for making Dad’s last day as comfortable and peaceful as possible while maintaining his dignity.

Arrangements are under the care and guidance of A.H. Brown Funeral Home, 5 McFarlane Street, Springhill (902-597-2361). As per Pop’s wishes, a private graveside service will be held at The Leamington Cemetery. A reception open to all who knew Pop will be held on Wednesday, September 25, 2019 at 4:00 pm at the Springhill Fire Department.

Donations in Pop’s memory can be made to the Leamington Cemetery or the GOVRC.

Sharing of memories and condolences may be sent to the family by visiting Percy's online memorial at www.brownsfuneralhome.com or through the A.H. Brown Funeral Home Facebook Page.

It was Pop’s wish that this statement be included: "If you couldn’t visit me when I was alive, don’t come to see me now that I am gone".