It is with sadness that the family of Dr. Robert Arnold Burden announces his passing. He died peacefully on Saturday, March 17, 2018 in his ninety-sixth year with his loving wife Helen at his side. He left with courage and dignity knowing that he was deeply loved by his family.

Arnold was born in Springhill on April 28, 1922 and lived there for most of his life.

When not caring for his patients or performing his duties as Chief Medical Officer for the Springhill Institution, he enjoyed many activities, but times in the woods and on the waters around Nova Scotia were always his favourites. His love of nature was often depicted in his artworks.

A passionate storyteller, he savoured the opportunity to share his many life adventures with a willing audience. This developed into a later life interest in writing and resulted in his book - Fifty Years of Emergencies: The Dramatic Life of a Country Doctor.

Arnold was an avid stamp collector and artist. He also enjoyed genealogy, reading, gardening and most recently a simple drive in the car with no destination in mind.

Arnold was married to Helen (Dewar), his best friend and the love of his life on August 4, 1948 and they enjoyed 70 wonderful years together. Arnold is survived by Helen; his sister Audrey; (Fillmore), and sons Bill (Sue); Kent (Sharon); David (Charlene) and Tim (Marie). Fondly remembered by his grandchildren Katherine, Bradley, Jane, Jill, Nicholas, Matthew, Emily, Sarah, and Jennifer; and four Great Grandchildren. He was predeceased by his parents George Clement "Brownie," Mary "Mayme" Pearl (O’Rourke), and his step mother Mildred Leah (Amon).

Arnold was educated in the Springhill school system and completed his High School at the Cumberland County Academy in Amherst.  He enrolled in the Royal Canadian Army Medical Corps in January of 1941 serving in England, France, Belgium, Holland, and Germany. He was posted to the No. 7 Canadian General Hospital, which was the first Canadian hospital to land on Juno Beach after D-Day. He was released from the military in December of 1945 and later became a Captain in the Militia.

Upon completion of his military service, he obtained his medical degree from Dalhousie University (1952) while working summer vacations in the Springhill mines. He loved medicine and practiced as a doctor and surgeon for almost 50 years.

Arnold was also very proud to be a "Springhiller" and fondly recounted how the miners had looked after and protected him ensuring his medical skills would be available to those in need. Arnold never forgot his friends who toiled in the mines and how they helped ensure he was able to obtain his medical degree.

He cherished this bond and was tragically forced to come to the aid of his friends on more than one occasion. In 1956, an explosion rocked Springhill's No. 4 mine. Arnold was the first doctor to go underground, making three trips, barefaced, to help in rescue operations. Following the No. 2 Bump in 1958, he did it again, spending a total of 33 hours underground. Many of his friends were among the 114 men who were killed in the two incidents. The devastating impact of these events on the community led to him staying in Springhill to help his community rebuild.

Having grown up in a mining town during the depression, it was the simple things in life that he never took for granted. He would often comment on how fortunate and thankful he was. Above all, Arnold was absolutely devoted to his wife and sons. He was a father who always involved himself in his sons’ lives and supported, respected, and loved his wife unconditionally. He was a man of strong and quiet faith, believing in the power and strength of Jesus Christ’s love and the beauty and peace that would await him after his passing.

Arnold always cared for people and had a passion for serving his community. Throughout much of his life Arnold quietly performed many volunteer hours with various organizations. These included the Canadian Cancer Society, St. John Ambulance, Cumberland Mental Health Association, Rotary Club, Royal Canadian Legion and Boy Scouts. Arnold was well known and respected in his community. He was a Springhill boy of the Greatest Generation and placed the needs of others before his own.

He became Chief of Staff at All Saints Hospital and contributed to numerous medical boards and committees. He was a member of the Cumberland Branch of the Nova Scotia Medical Society for over 30 years and in 1987 was awarded Senior Membership in the Nova Scotia Medical Society for outstanding service to medicine and the community. He was appointed to the Board of Maritime Medical Care for 14 years; eleven of which were on the executive committee where he held various positions including both Vice President and President.

Arnold was a gentleman and gentle man who used his abilities over a lifetime to serve his country and community. In recognition of his efforts he was appointed to the Order of Nova Scotia, received the Caring Canadian Award and was honoured by France as a Knight of the National Order of the Legion of Honour.  He was a lifetime member of both the Royal Canadian Legion and the Rotary Club. This work lead to him being awarded a Paul Harris fellow for his support and dedication to the Rotary Children’s and Polio Clinics and other efforts in support of physically disabled children.

Arnold lived a full life with a compassion that ensured he would be remembered by more than words, but for a legacy of caring for others and his community. He once mentioned in a television interview, he hoped to be remembered as "a pretty good fella".

The family would like to extend a heartfelt thank you to the medical teams at the Springhill and Amherst hospitals and Gables Nursing Home for their care and compassion. The love and care provided by Eleanor, Kathy and the staff of Lean on Me Assisted Living has been second to none and the family will be eternally grateful for their many kindnesses. The help provided by the Dept. of Veteran’s Affairs has been outstanding.

Arrangements are under the care and direction of A H Brown Funeral Home, 5 McFarlane Street, Springhill, (902 597 2361) from where a time of visitation will be held from 2-4 pm and 6-8 pm on Monday, March 26, 2018.  A funeral service will take place at A H Brown Funeral Home on Tuesday, March 27, 2018 at 2 pm with Rev. Wayne McCarther officiating.  A graveside service will be held at the Hillside Cemetery, Springhill in the spring.

If so desired donations in Arnold's memory may be made to the Diabetes Association or the Heart and Stroke Foundation.

Condolences and sharing of memories may be sent to the family by visiting 's Arnold's online memorial at www.brownsfuneralhome.com or through the A. H. Brown Funeral Home Facebook Page. 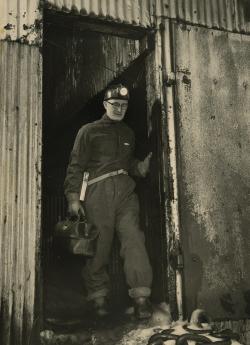