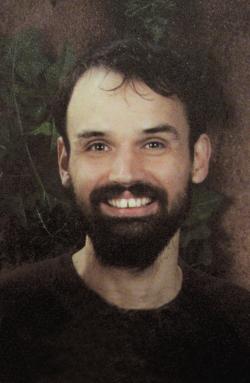 It is with great sadness that we announce the passing of our brother and son, Randy Allan McCormick, 40, of Halifax, on Monday October 7, 2019 at Northwood Care Centre, Halifax, NS. He passed away peacefully, surrounded by his family after a long battle with Huntington’s Disease. Randy was formerly of Springhill, NS and Beresford, NB.

Born in Halifax, he was the son of Leonard (Randy) McCormick and the late Donna (Casey) McCormick.

Randy loved nothing more than to make people laugh and he would go to great lengths to do it. He always strived to put a smile on everyone’s face, which in turn made him happy. To know Randy was to love Randy. He meant so much to so many. He was a beloved son, brother, grandson, uncle, nephew and friend. He was also a man who enjoyed the simple things in life such as going bowling, playing mini putt, drinking strawberry milkshakes from MacDonald’s, or going to the movies but his most favourite pastime was playing video games both solo and with friends. His greatest joy though, was every moment he shared with his family and friends.

Arrangements are under the care and guidance of A H Brown Funeral Home, 5 McFarlane Street, Springhill, (902 597 2361).   Visitation will be held on Thursday, October 10, 2019 from 6-8 pm.  A funeral service will take place at 1 pm on Friday, October 11, 2019 at the funeral home with the Minster Shannon MacLean officiating.  Burial will be held in the Mapleton Cemetery, following the funeral reception.

Donations in memory of Randy may be made to the Huntington's Society of Canada and the Northwood Foundation, Halifax. In lieu of flowers, contributions are also being accepted by the family to cover the cost of funeral arrangements.

Sharing of memories and condolences may be sent to the family by visiting Randy's online memorial at www.brownsfuneralhome.com or through the A.H. Brown Funeral Home Facebook Page.