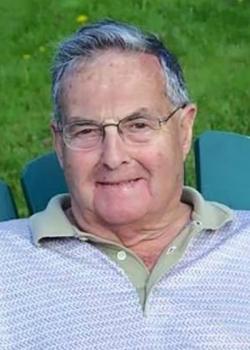 It is with great sadness we announce the passing of J. Leo Long, 92 years, of Springhill, on Wednesday, June 5, 2019 in High Crest Nursing Home, Springhill.

Born in Guysborough, he was a son of the late John and Annie Long.

Leo was a plumber by trade, he worked at Enamel and Heating in Amherst, then taught Plumbing at the Cumberland Regional Vocational School, Springhill.  He was a very able handyman, able to do anything with his hands.  Never a complainer, even after going blind,  he continue to wood work into his later years.  Having recently celebrated his 40th year with AA, he was always proud of his participation, the friends he made, as well as the help he received and gave to fellow members.

He was predeceased by his first wife Ruth, their children Shauna Stewart and Jacqueline Gregg; his second wife Claire Long, her daughter Lori Power; as well as his siblings  Margaret "Peg", Jean, Laura, Helen, Joseph and Mardie.

Arrangements have been entrusted to the care of A H Brown Funeral Home, 5 McFarlane St., Springhill, NS (902-597-2361), where visiting hours will take place on Saturday, July 13, 2019 from 1 to 2 pm, followed immediately at 2 pm with a Celebration of Leo's life.  Following a reception, his ashes will be interred in the Hillside Cemetery.

Donations in memory of Leo may be made to the charity of your choice.

Sharing of memories and condolences may be sent to the family by visiting Leo's online memorial at www.brownsfuneralhome.com or through the A H Brown Funeral Home Facebook Page.